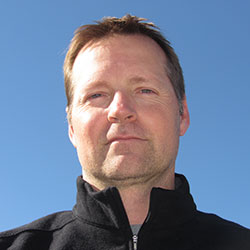 While Matt’s primary role with Harris Coggin is Project Manager, he has been known to generate proposals, design spaces, and even run a trim saw! Matt definitely “goes the extra mile” to make sure that our projects run smoothly and that our customers are happy.

Matt’s first taste of construction was as a jobsite cleanup boy when he was 13 years old. He learned a little about construction and a lot about cleaning up drywall scraps. Summers home from college were spent crawling around under houses and sweating in attics as a helper in the HVAC industry. After graduating from the University of Alabama, Matt found his way into a cubicle where he honed his Customer Service and Project Management skills with Wachovia Bank and British Telecom.  While living in Dallas and Atlanta, Matt spent much of his time remodeling and flipping his personal residences.

In 2005, Matt returned to Birmingham, where he opened a cabinet and custom closet company. The longer he worked in the narrow space of closets and cabinets, the more clear it became that he wanted to be involved with bigger, more detailed projects. So in July of 2013, Matt sold his business and came to work at Harris Coggin.

Away from work, Matt enjoys spending time with his wife and their two children, riding bicycles, working on projects around the house, and relaxing at Lake Martin.