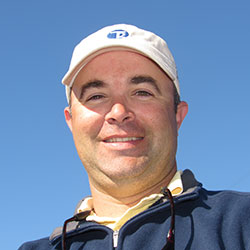 Nick has an extensive background in commercial construction work since he began his career in 1998. Upon graduating Clay Chalkville High School, Nick went to work with Brice Building Company, Inc. as an apprentice carpenter. Through the ensuing years, he progressed through the ranks to carpenter, carpenter forman, and then field engineer. He spent 15 years at Brice until he joined Harris Coggin Building Company, Inc. in 2013 as Project Superintendent. Since he has been with Harris Coggin, Nick has performed numerous commercial and residential projects including renovations, ground-up houses and tenant fit-ups. Nick was married in 2003 to his wife Leah and they have two daughters Hannah and Reagan. He loves spending time with his family, coaches his girls softball teams, and currently serves as the Park President for the Moody Youth Baseball/Softball Association. He currently resides in Moody, AL and deer and turkey hunts in his spare time. Contact Nick at 205-240-4019 or email at nrutledge@harriscoggin.com.